Is Drinking Decaf Tea Good for You?

Having tea or coffee every morning is a great way to boost feelings of productivity and determination for the day. But late at night when we crave a comforting drink, having a caffeine-high tea is the last thing we should be doing.

Decaf tea and coffee were created so that we could enjoy the flavour and comforting feeling without the caffeine. Whether you need to reduce levels of caffeine for your health or find yourself extra sensitive to caffeine, decaf tea is ideal.

But is decaf tea good for you? How does it differ from normal, caffeinated tea? That’s what we’re going to investigate. We love natural, fresh tea (whether it’s black, green, oolong or any other type) but the allure of decaf tea is hard to resist. So, we decided to find out if it’s just as healthy for you as caffeinated tea and whether the flavour is as good!

What is Decaf Tea? 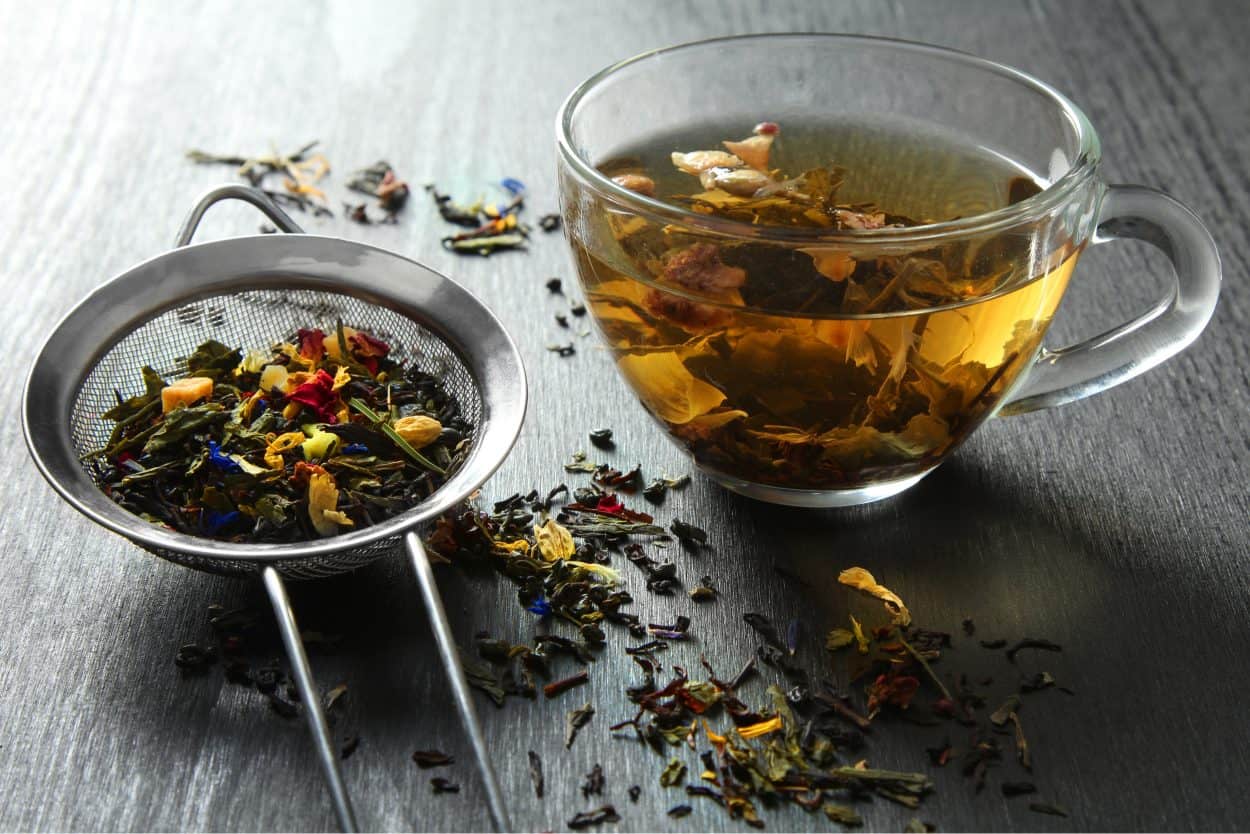 Decaf tea is the same as normal tea, just with the caffeine removed. You can make any tea type into a decaf tea, whether it’s your favourite English Breakfast black tea blend or your relaxing afternoon cup of Dragonwell green tea.

There are several ways of drawing out the caffeine from the tea to turn it into decaf tea that we’ll cover below but all result in tea leaves that have only a trace of caffeine left.

So, for all purposes, even though decaf tea does contain caffeine it’s an insignificant amount.

Then we come to caffeine-free tea. This is tea that is truly free of caffeine and won’t even have a trace of it. This tea is not made from traditional tea from the Camellia Sinensis tea plant.

Teas like redbush, also called rooibos, don’t contain any caffeine at all. Technically, they’re tisanes – tea made from caffeine-free plants and herbs. Other teas that don’t contain caffeine include fruit teas (like lemon) and herbal infusions (like peppermint).

The Pros and Cons of Drinking Decaf Tea 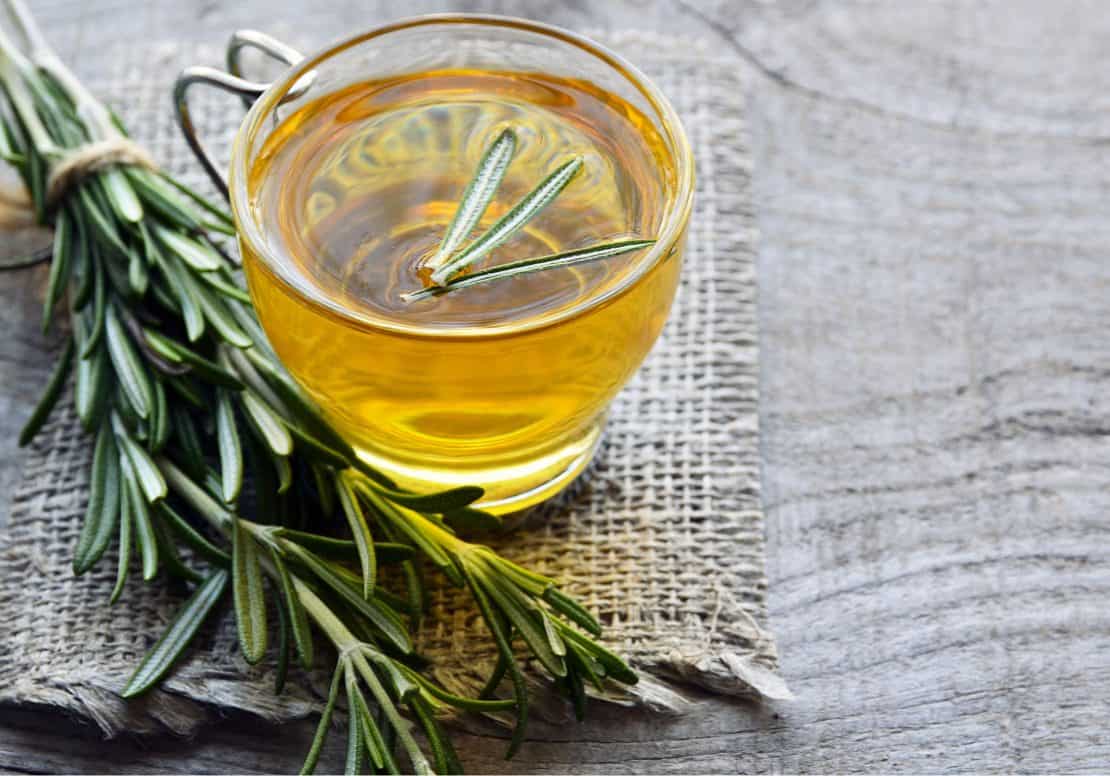 Caffeine comes with health benefits and side effects. In fact, the majority of side effects from healthy drinks like green tea are directly caused by caffeine. So, it’s no surprise that decaf tea is thought of as a very healthy drink. But like anything, there are still pros and cons to drinking tea even when it doesn’t contain caffeine.

Certain decaffeinating methods can actually leave the tea soaked in chemicals that are even worse than caffeine!

So, weigh up the pros and cos of decaf tea, and consider if it might simply be worth drinking less caffeinated teas or switching to herbal teas instead.

There are a few other benefits of quitting caffeine that you might not have realised. The first is fewer trips to the bathroom as caffeine can stimulate the colon and make you need to “go” more often.

Decaf teas also take you away from the sugary, caffeinated iced tea aisle in stores, so it could potentially help you lose weight too – just don’t add any sugar to your new decaf tea.

Still Feel Tired Even After Caffeine?

Over time, drinking cup after cup of tea every day can desensitize you to the effects of caffeine. It might take you an extra cup to feel wide awake and calm your mood. When you give up caffeine and switch to decaf tea, you’ll go through caffeine withdrawal (you’ll be a bit grumpy and have a headache for a bit) but after a while, your body will reset.

Going decaf, even if just for a fortnight when you’re on holiday, can make your return to caffeine even more effective and enjoyable!

Regardless of the caffeine, there are a few universal side effects of tea, like stained teeth from frequently drinking black tea.

There’s also the price and inconvenience. You can’t just stop off at Starbucks and grab a good quality decaf tea! If you do manage to find a decaf tea in the hotel lobby, coffee shop or conference room (wherever you happen to be when you crave a cuppa) it’s usually poor quality.

It can also limit you with the different teas you can drink. You might find a nice Chinese black tea, but you’re unlikely to find obscure smoked Lapsang Souchongs made into decaf tea as the process is long and the market for these particular teas decaffeinated is small.

And finally, certain methods of decaffeinating tea can strip away the health-boosting nutrients in the tea leaves as well as the caffeine. 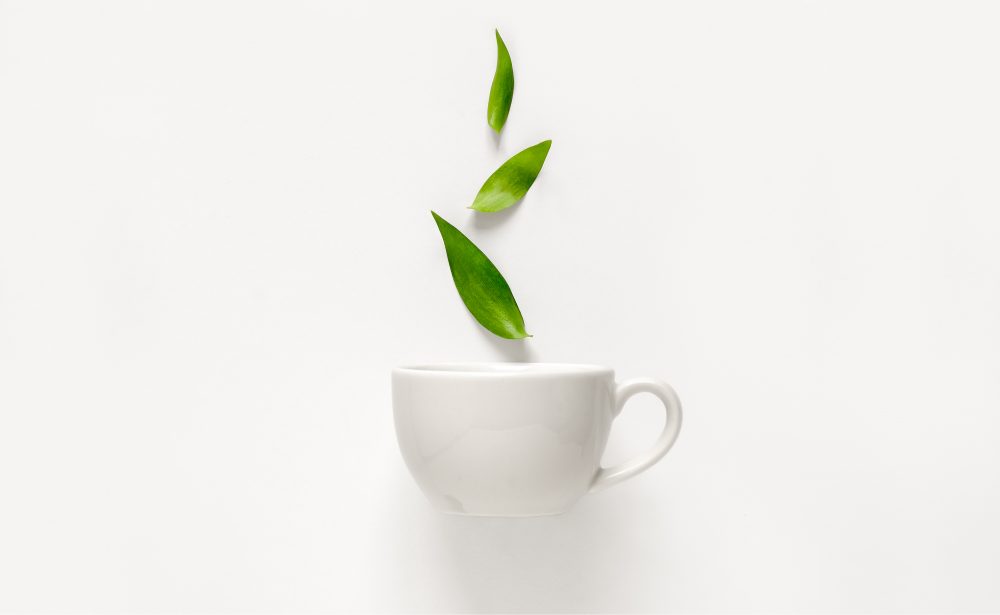 There are 3 main ways to extract caffeine from tea leaves – they’re actually the same as how decaf coffee is made! 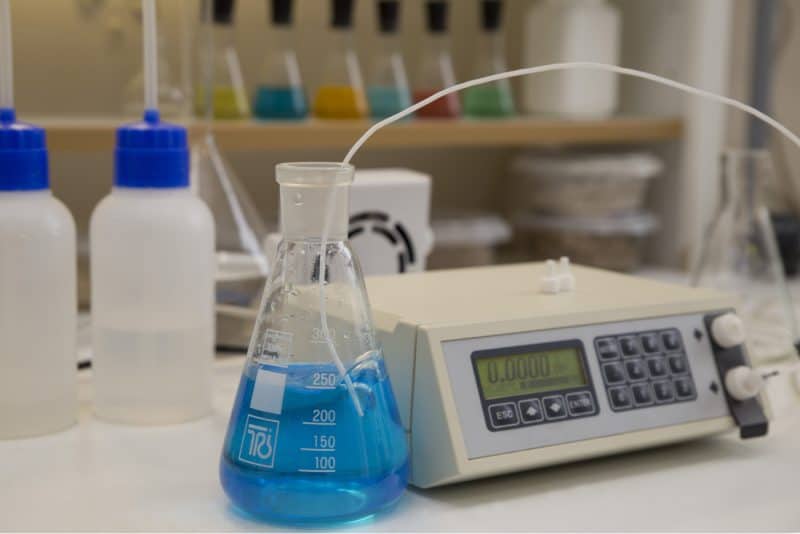 there are 2 different chemicals used to draw caffeine out of the tea leaves. 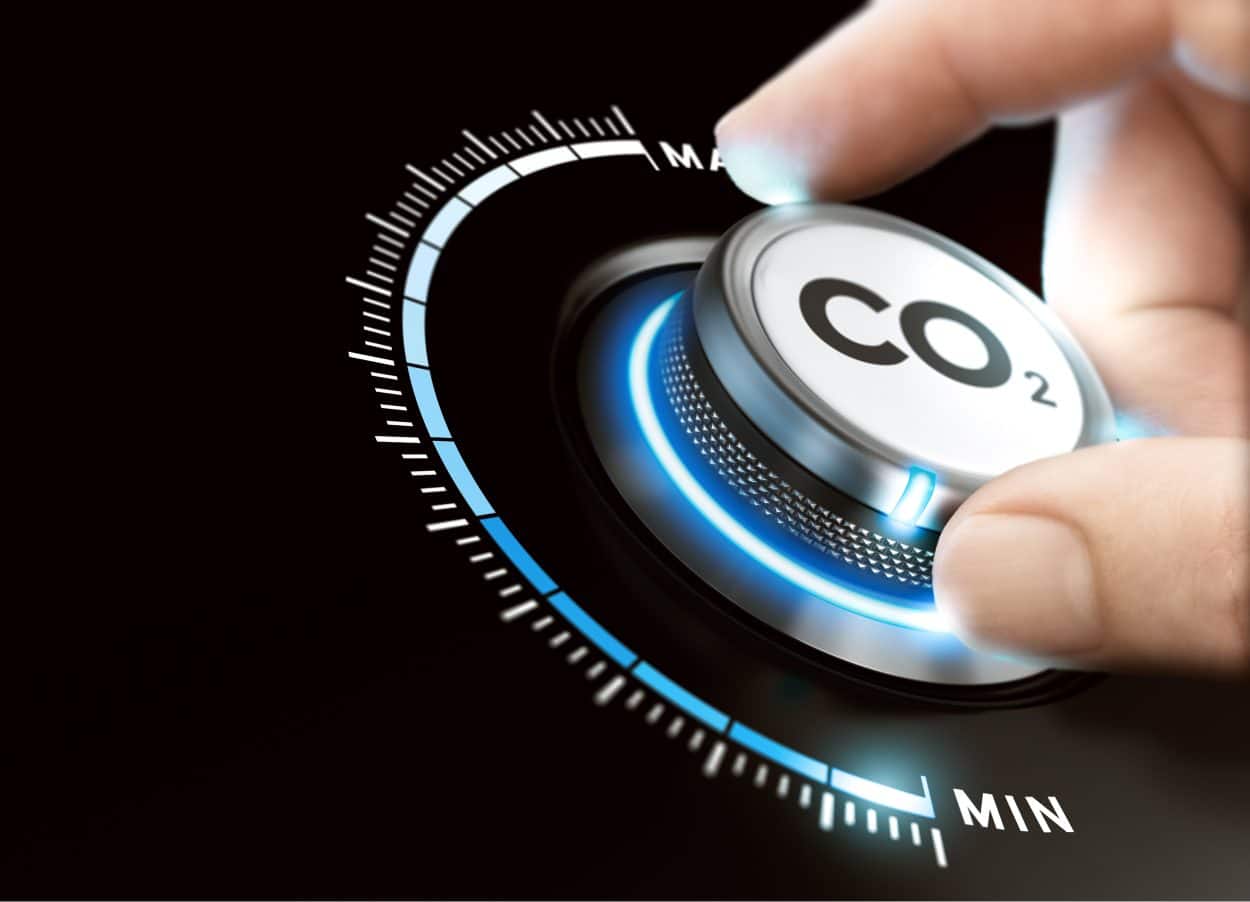 using CO2 to draw out caffeine is a very good way to ensure that the flavour oils and antioxidants it contains stay within the leaf. As CO2 is heated and pressurised, the caffeine and any other small molecules bind to the CO2 and are lifted out. This leaves the antioxidants, l-theanine and other health benefits in the tea. For white tea and green tea types, where the health benefits are particularly high, this is a method to keep your eye out for.

the final method is one of the least used for tea. You soak the tea leaves in hot water to draw out all of the caffeine. It’s then removed from the water and then the leaves are re-soaked so they can draw up the flavour and oils they imparted the first time. It’s a very natural, clean way of decaffeinating tea leaves but it does result in a weaker, watery flavour.

We’ve done a little research into the top tea brands that people trust for a good decaf cuppa. Here’s what we found:

PG Tips Decaf Tea – the “tasty decaf” is very popular at PG Tips. It has a rich and rounded taste that’s ideal to replace your everyday black tea.

Clipper Decaf Tea – they use CO2 decaffeination on all their decaf teas, organic and not. You can find them in most supermarkets and online. Clipper has a great herbal range too.

Tetley Decaf Tea – this original tea is Rainforest Alliance Certified and super easy to find in all supermarkets. It’s very popular, as is Tetley’s herbal and fruit tisanes.

Twinings Decaf Tea – Twinings decaf their tea to 0.2% of the original caffeine levels. Earl Grey, Everyday, and even Pure Green teas are all available in decaf versions.

Typhoo Decaf Tea – it’s almost as popular as their caffeinated range. Typhoo has a classic decaf black tea and a specialty range that contains some popular caffeine-free teas.

Ahmad Tea Decaf – there’s a small selection of decaf teas from Ahmad designed for a relaxing afternoon or evening cuppa, including a decaf Earl Grey.

There are some small or niche (but equally great) tea stores that have good decaf lines, such as:

Bird & Blend – we love the quirky yet delicious blends from Bird & Blend, from sweet cake themed teas to rich and full-bodied tisanes that can easily replace your usual caffeinated tea.

Whittard – not only does Whittard have a wide range of loose and bagged herbal/fruit tisanes, but they also have decaf instant teas that dissolve in water.

T2 – a wide range of loose leaf and pyramid bagged caffeine-free blends. T2 has one of the widest arrays of floral, herbal, fruit, rooibos and honeybush tisanes.

Looking to go completely caffeine free? These are 2 common tea types you’ll come across in the herbal and tisane aisle:

The Decision on Decaf 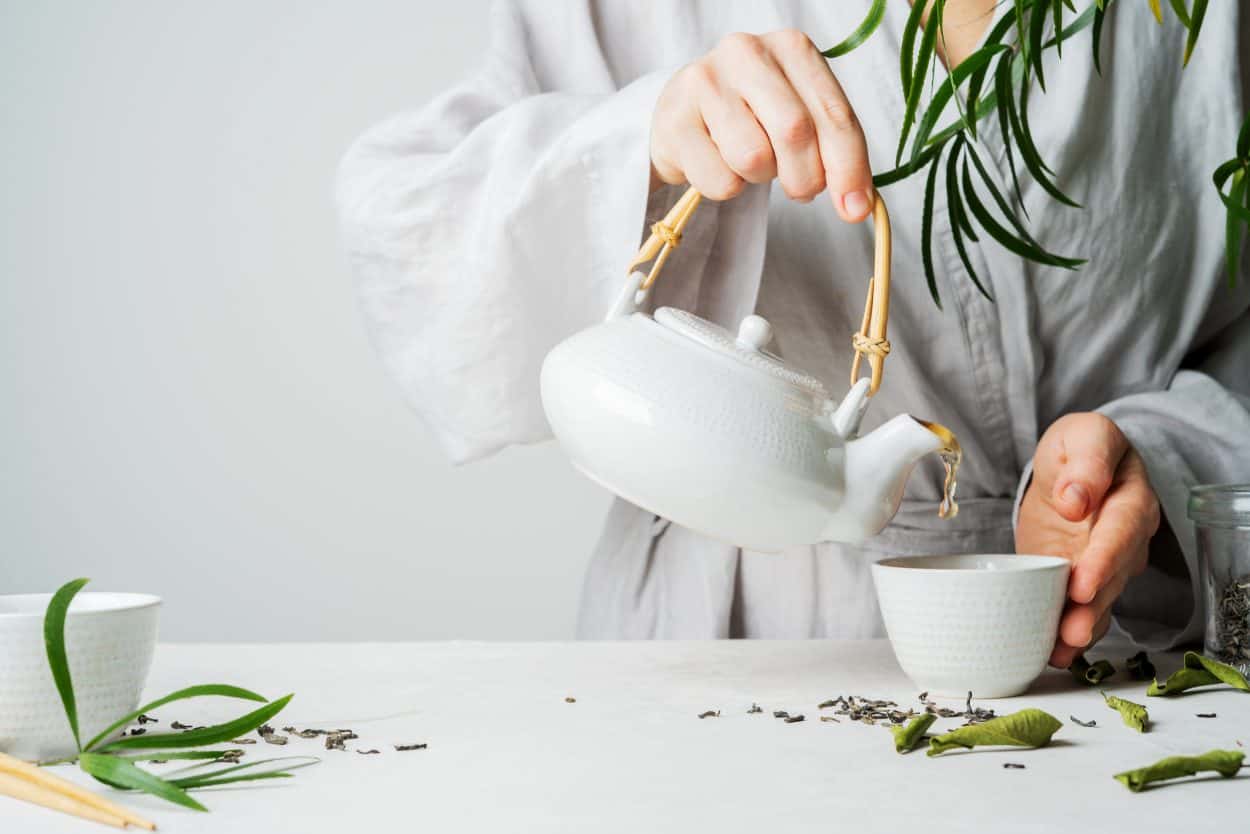 Going decaf has some good health benefits and with a wide range of herbal blends available, it’s certainly easy. But is it worth it? The decaffeinating processes don’t always restore the full flavour profile of the tea afterwards, and there’s still some caffeine left even though it’s labelled decaf.

We love a nice warming cup of tea in the evenings. If we haven’t convinced you that decaf is worth your time, how about a low-caffeine green tea? With so many tea types, varieties and brands, you have so many options when choosing a low-caffeine alternative.