Health Benefits Of Cinnamon Tea For Your Body

With the Holiday season around the corner, we cannot help but turn to our favorite spice; cinnamon. No festivity, whether Christmas or New Year would be complete without the smell and aroma of this wonderful spice that is indispensably associated with warmth, coziness, friendliness and happy times with the loved ones. Cinnamon is often used in cakes, cookies, and desserts in cuisines around the world. It can also be added to savory dishes and is usually paired with fruit (apples for example), cereal or hot beverages.

Speaking of hot beverages, one of the latest trends regarding this versatile spice is the so-called cinnamon tea. This type of tea is usually associated with a tea containing cinnamon, but nevertheless, this spice can be enjoyed on its own, and hot water of course. That is why in the following paragraphs we are going to discuss this tea’s benefits and why you should start drinking it this very holiday season.

As mentioned in the introductory part, cinnamon is an indispensable spice, used worldwide for its aroma and essence. It is prevalent in different industries, from the cooking and food industry to the beauty industry and especially in medicine. Its versatility in application and multifaceted medical purpose make cinnamon essential in our everyday lives. The spice is usually grown in Sri Lanka (known as Ceylon cinnamon), but also in Indonesia, Vietnam, China, and Burma. It is generated from the cinnamon tree and comes in the form of dried, rolled cinnamon bark or as powder. 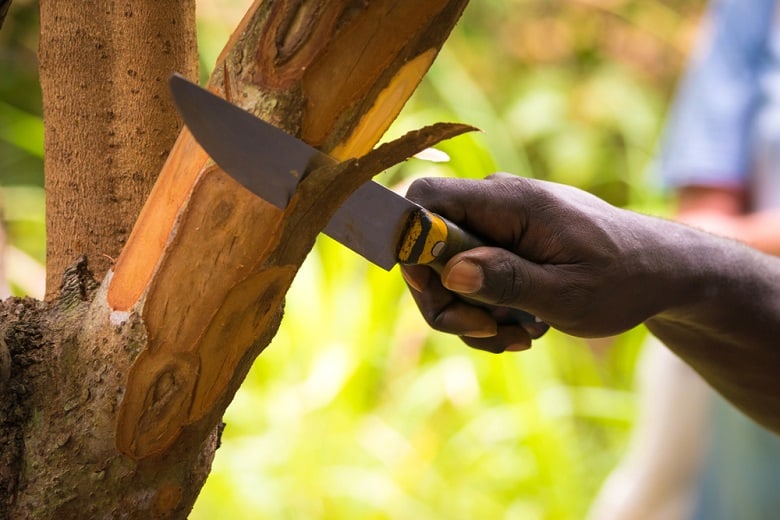 When it comes to its chemical components, it is important to point out that different parts of cinnamon tree yield essential oils. Now, those oils have a chemical composition on their own, containing various biological and chemical activity agents, like E-cinnamaldehyde, procyanidins, cinnamic acid, and catechins. Cinnamaldehyde particularly is an active compound that provides all the benefits from the cinnamon, especially through a cup of hot beverage. The health benefits range from weight loss aid to inflammation reduction and even cancer prevention.

Cinnamon is filled with antioxidants and health-protecting properties. The essential oils found in the spice are the main source of antioxidants, which have been scientifically proven beneficial against numerous diseases. Antioxidants, like polyphenols, make the effects of cinnamon 20% higher, which can help in blood sugar regulations, as they have an insulin-effect. These antioxidants are also beneficial in insulin secretion, protection of pancreatic cells and much more.

Moreover, the antioxidants are also beneficial in protecting the body from oxidative stress. Oxidative stress is an imbalance between free radicals and antioxidants in the body. Free radicals contain oxygen molecules with an uneven number of electrons, hence the oxidative stress. Free radicals have also been directly linked to several chronic diseases, like cardiovascular diseases, cancer or premature aging. However, cinnamon has an incredible antioxidant activity (inhibits fatty acid oxidation), and the ability to prevent such diseases from occurring by fighting off the free radicals. Antioxidants from this spice are most effective when taken in the form of supplementation or plain cinnamon bark tea. 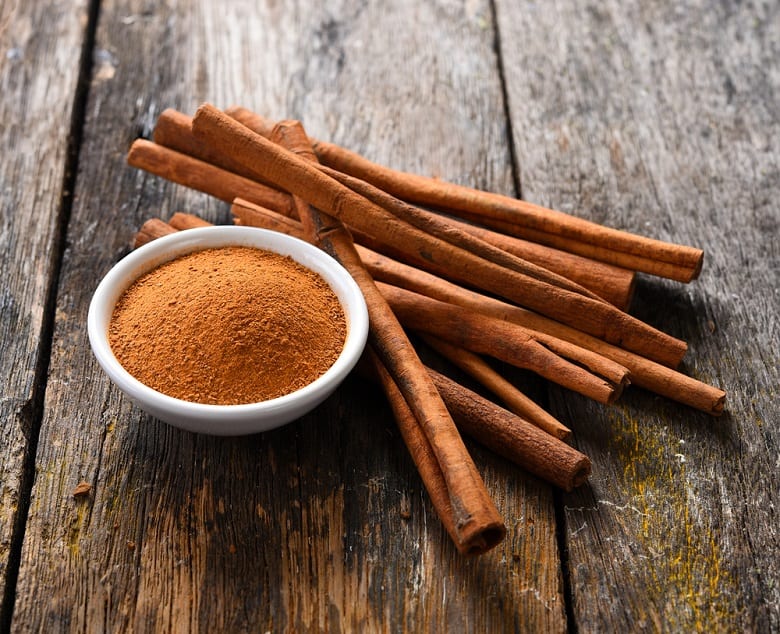 It is scientifically proven that cinnamon, among other medicinal plants, has incredible anti-inflammatory activity. The reason for that lies in the essential oils which are filled with flavonoid compounds. Several studies have isolated these compounds (hesperidin, hibifolin, gossypyin,etc.) and tested them for anti-inflammatory activities. The studies reported exceptional anti-inflammation property of cinnamon when it comes to chronic diseases, heart diseases, reduction of blood pressure and increase in HDL, also known as good cholesterol.

The flavonoid compounds in cinnamon have also been related to the prevention of inflammation in neurodegenerative diseases, tumors, cancer as well as in Alzheimer’s disease. Cinnamon seems to have the potential to affect a diseased brain, especially if the disease is dementia, so it is currently tested as a treatment option of Alzheimer’s. It has also shown successful as treatment addition for diseases like Parkinson’s, multiple sclerosis, brain tumor, and meningitis. Cinnamon simply reduces chronic inflammation that is linked directly to these neurological disorders, which is outstanding for patients; this spice is healthy, accessible and usually very cheap, which makes it better than standard medication.

As mentioned before, cinnamon, especially in the form of tea, has an effect on the blood sugar regulation as well as insulin secretion. During several studies, a compound found in cinnamon has been isolated and tested for its effect on the aforementioned blood sugar-related issues. Because of its successful impact, the compound has been signed as the main insulin-potentiating factor. However, it is important to point out that the antidiabetic activity has only been confirmed in animal models (diabetic rats for example).

Nevertheless, studies about cinnamon antidiabetic activity have shown that regular cinnamon extract intake, over the course of six weeks, is effective in blood sugar level control. Currently, some studies are being conducted in Type 2 diabetic patients. For now, the insulin release and insulin receptor signalization have shown satisfying results, but more studies still need to be conducted.

As mentioned before, cinnamon compounds are effective in preventing or controlling cancer. The compounds, like cinnamaldehydes, have shown powerful effects in inhibiting the spread of cancer cells as well as tumor growth. Cinnamic acid has also proven successful in being a potential anticancer agent by restraining tumor cell growth and promoting tumor cell apoptosis. This means that cinnamic acid causes a ‘cellular suicide’ or cell death by boosting the immune system and promoting the immune cells to action against cancer cells.

Because of such successful results in regards to the interaction between cinnamon compounds and malignancy, there are many new initiatives to include cinnamon in drug development for potential cancer treatment. Cinnamon tea and supplementation especially have been promoted as some of the primary treatment solutions for cancer patients. Its anticancer efficacy makes the application of cinnamon in supplementation and tea consumption extremely encouraging for the patients. Such successful results are definitely going to promote further analytical investigations of cinnamon and its compounds in anticancer drugs. 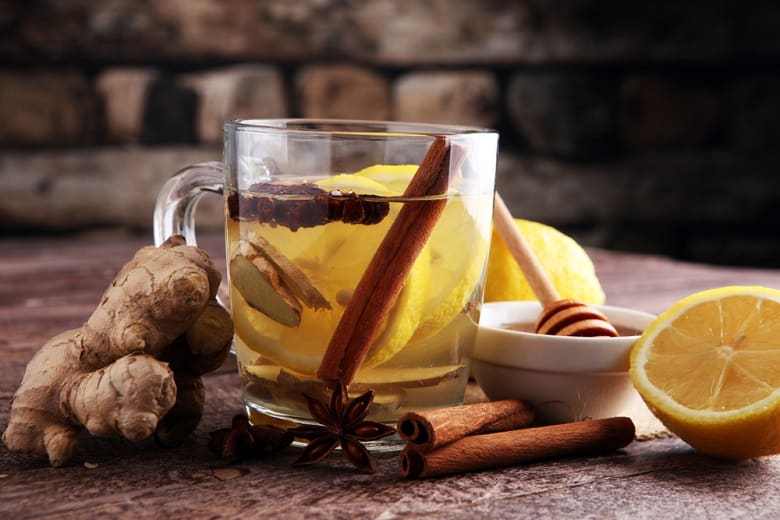 Among many beneficial compounds found in cinnamon, one particularly stands out. Cinnamophilin is a receptor found responsible for the prevention and treatment of neuro-related diseases. For example, cinnamon consumption, whether as supplementation or tea, has shown successful in controlling and preventing diseases like Parkinson’s or Alzheimer’s. Compounds found in this incredible spice are able to prevent toxic elements affecting our neuronal organization and health by managing to provide a noticeable reduction in cancer and tumor cells, as well as cells that impair cognitive performance.

Several studies have been conducted, testing the cinnamon effect on the nervous system in mice. The results have shown that cinnamon has provided neuroprotective proteins which managed to protect the cells damaged by a neurological disorder. These proteins were seemingly affecting the previously-mentioned oxidative stress. Therefore, cinnamon extract, supplementation and especially tea are recommended as a therapeutic intervention in Parkinson’s and Alzheimer’s patients.

Test-tube studies have been conducted in regards to cinnamon compounds and their preventive activity in cardiovascular diseases. The results have shown that regular consumption of cinnamon (as supplementation or tea) can correlate with effective cardiovascular disease treatment. Cinnamaldehyde and cinnamic acid have positive effects on the cardiovascular system in dogs, mice and guinea pigs. Studies have shown that cinnamon compounds enable the expansion of vascular muscle, improve its function and increase the recovery time.

In humans, cinnamon tea especially gives the heart a natural boost. Its compounds help reduce cholesterol levels, enable the ‘cleaning’ of blockages from the arteries and generally reduce the salt levels in the body, which can affect the heart in the long run. It reduces and prevents heart attacks, keeps heart diseases at bay and generally keeps the heart healthy and its performance high.

Other Benefits of Cinnamon and its Tea 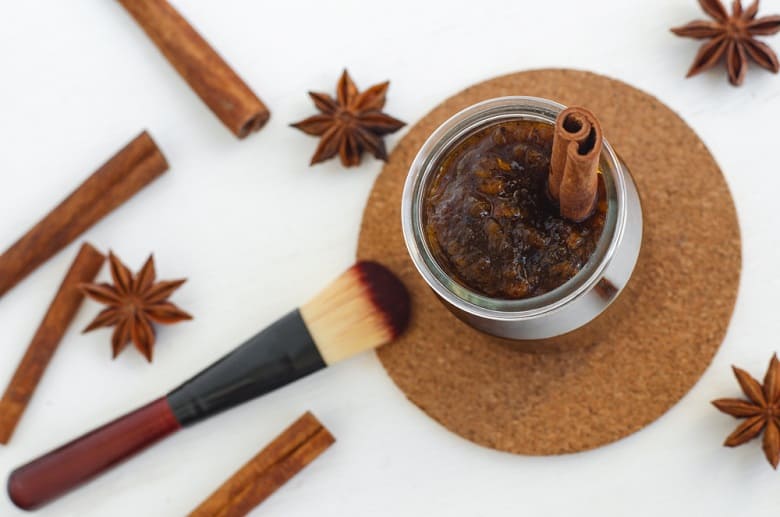 Alongside these main health benefits of cinnamon tea, its extracts and supplementation, there are many other benefits you should know about. Cinnamon tea especially is extremely useful on a day-to-day basis, so let’s see what else this magical beverage can do for your health;

Cinnamon is one of the healthiest and tastiest spices in the world. Its health benefits are numerous and there are more waiting to be discovered. Regular, day-to-day consumption of the tea and supplementation are generally recommended by medical experts worldwide. However, sometimes cinnamon tea can promote excessive digestion and liver issues, so make sure to discuss cinnamon tea consumption with your doctor. Generally, the tea has no side effects, it is completely safe for external and internal use. So, make sure to take advantage of this miraculous plant, spice, and beverage and do something very good for your health this holiday season (and even after the holidays are over). With cinnamon tea, you can eat as much as you want of the holiday delicacies, as it will keep the fat form from storing in your body.