I don’t know if you remember or not, but in 2011 all our eyes were assaulted by the next pink slime video.

The pastel pink paste was flowing from a huge machine and resulted in being used for one of the famous fast-food burgers.

Everything escalated when Chef Jamie Oliver started a whole campaign against this substance that seemed present in all the burgers people were eating.

After some time, the controversy has dissolved. However, the “pink slime” is back in the public eye.

Are we still eating pink slime in our burgers? Is it toxic? How can you know if your burger contains or not this pink slime?

What Is Pink Slime?

First of all, it is essential to determine what pink slime is. Some of you might think about the special “toy” that toddlers love nowadays. Yet, no, I am not talking about that guar gum squishy material that children like to play with.

When talking about “pink slime,” I refer to that type of ground beef that contains ammonia used to prevent infestation with any possible bacteria.

The process of obtaining this slime starts with slicing and trimming the cattle carcasses that normally were sliced and sent away to become ground beef.

Usually, the ground beef we are used with is no more than 30% fat (1). This means that getting the pink slime needs longer processing to match the rules.

To make things clearer, the trimming I am talking about right above will be heated at around 100 degrees Fahrenheit. The next step is to add everything into a centrifuge. By doing so the tissue and the fat are separated from the muscle tissue.

Once the whole process is completed, the muscle tissue is then treated with ammonia to fight against bacteria forming.

This entire process is also called “ground beef.” However, the result is different from the minced meat you would typically think about. Still, it is basically “lean finely textured beef.“

The Legal Position To Pink Slime

When talking about slime, people would normally think about an unpleasant texture that resembles a snail’s looking. It is most probably something you would rather not eat in your sandwiches, hamburger, or any other processed meat.

So, it is safe to say that calling beef “slime” is not the most appetizing thing in any way.

But what if I told you that the legal authority in this domain has qualified pink slime as a simple beef product?

Now that you know the process of obtaining pink slime, you might wonder about this process’s legality and the result itself. Well, don’t worry.

The main authority in the domain of food safety has reclassified the “pink slime” as “lean finely textured beef.” (2)

So fast-foods or meat producers have the right to use pink slime named as 100% beef. Unfortunately for this product, due to its looks and the process itself, it has gained the nickname of “pink slime”.

No wonder why there are so many sensational news stories, qualifying pink slime as toxic and totally unlawful.

Considering all the bad press impact on one of the most beloved meats in the world, I thought it is right to shed some light on the pink slime hype and make people better understand this term.

How Is Pink Slime Changing The Taste Of Food? 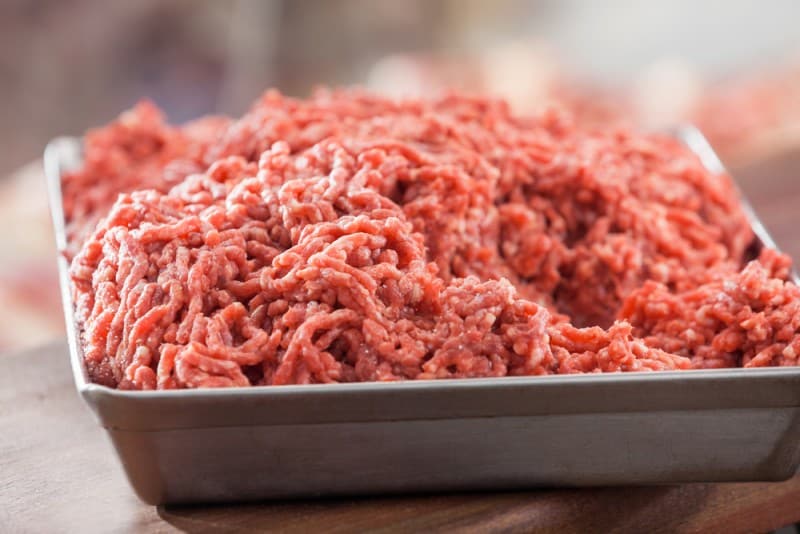 Well, it depends. For instance, if you have a nice meal in a restaurant and serve a hamburger or a lasagna that usually contains ground beef, the taste will not change too much. Furthermore, no restaurant would tell you that they are using pink slime.

However, once you are going to the grocery stores and most of the supermarkets, you need to know that these shopping entities are obligated to let you know if they are adding pink slime to their products.

So you don’t need to ask, as the labels should tell you straight ahead. But let’s take a second and understand more about the prime component of this ingredient. 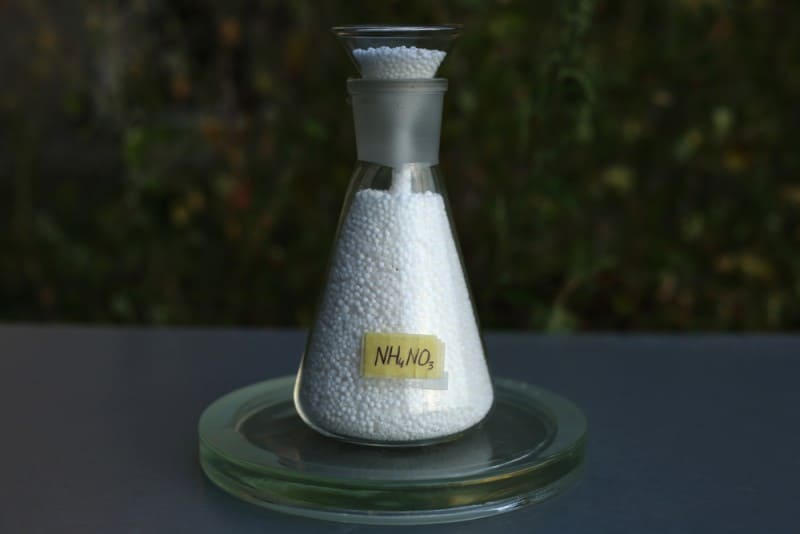 So what is the importance of ammonium hydroxide that is present in the pink slime? Well, ammonia (3) is naturally formed in the body after protein digestion by the bacteria that are present in our intestines. The ammonia is then carried in the blood to reach the liver.

Now, in our context, ammonium hydroxide is used as an antimicrobial agent in meat, and this is a usual practice that was also popular 40 years ago. Furthermore, the US and Drug Administration has reviewed and recognized ammonia as a safe ingredient.

When it comes to pink slime, the meat is treated with a tiny amount of ammonium hydroxide to prevent any possible bacteria from growing. The antimicrobial agent is a mixture between water and ammonia.

Ammonium is a safe agent that is present in lots of other products we are buying, such as baked goods or puddings.

In the process of obtaining the pink slime, the ammonia makes the whole texture a lot softer and more malleable. For the final step, most of the producers will also use some citric acid as an antimicrobial treatment.

Is Pink Slime Safe For Your Health?

Right now, there is no proven evidence that pink slime is not healthy. But this statement does not make people doubtless about it.

However, let me tell you that pink slime is safe. As previously mentioned, pink slime has been approved by the US Government and inspected by the food product authorities in terms of safety and quality.

Like ground beef in general, pink slime must meet the same safety requirements and not contain any potentially harmful ingredients. In addition, not even the ammonia residues that would remain in the pink slime after the processing is not harmful at all.

The explanation is simple: as I said above, ammonia can be naturally found in other ailments, such as ketchup, cheese, or onions. So if you are thinking that the hamburger patty contains pink slime, well, the other key ingredients I just mentioned have ammonia in their composition as well.

How to Avoid “Pink Slime”?

However, if you don’t really want to consume any possible pink slime in your burgers or any other ground beef that was treated with ammonia, here is some advice in avoiding this ingredient:

Look for the “organic food” labels, as the organic standards prohibit all the manufacturers from treating and processing the meat with ammonia and, lastly, fighting the bacteria growing.

Furthermore, the organic standards don’t allow the use of dyes in order to maintain the pink color longer.

If you want to be sure that you are avoiding pink slime, look for USDA-certified organic meat. The USDA was very clear when it comes to categorizing meat as “grass-fed.”

So, unless you don’t want to eat any possible chemicals, look for that type of meat that has a label with “grass-fed certification” or “made in the USA.” This means the source of your meat is safe, and you will be consuming organic food.

In specialists’ opinions, the criticism of pink slime and products based on this ingredient is only a matter of quality perception rather than food safety. It is safe to say that due to the latest standards, the safety of ground beef has increased.

However, while the consumer’s demand for safe foods has also increased so much, it is also fair to recognize that safe foods need some processing interventions as well.

Now, regarding your favorite hamburgers, whether you are serving them at home or at a restaurant, don’t worry. They are safe, and you should not avoid eating this delicious meal.

However, just to be sure, you are free to read the labels, where you will find all the information you need. Furthermore, don’t forget that consuming lean beef products is a natural, healthy habit that will bring your organism a lot of micronutrients.