Is Hotdog a Sandwich? The Real Arguments

Hotdog, a worldwide famous snack/social food craving/fast-food/ finger food. Call it any way you want. What’s sure is that hotdog is one of the oldest picnic foods that is still putting a smile on millions of people’s faces.

Everybody loves the juicy sausages in fresh bread from children to adults and seniors.

However, there is still a question on some people’s lips that we will clarify today: is hotdog a sandwich? Can the wonders and delights of hotdogs be tainted by this idea?

The History of HotDog 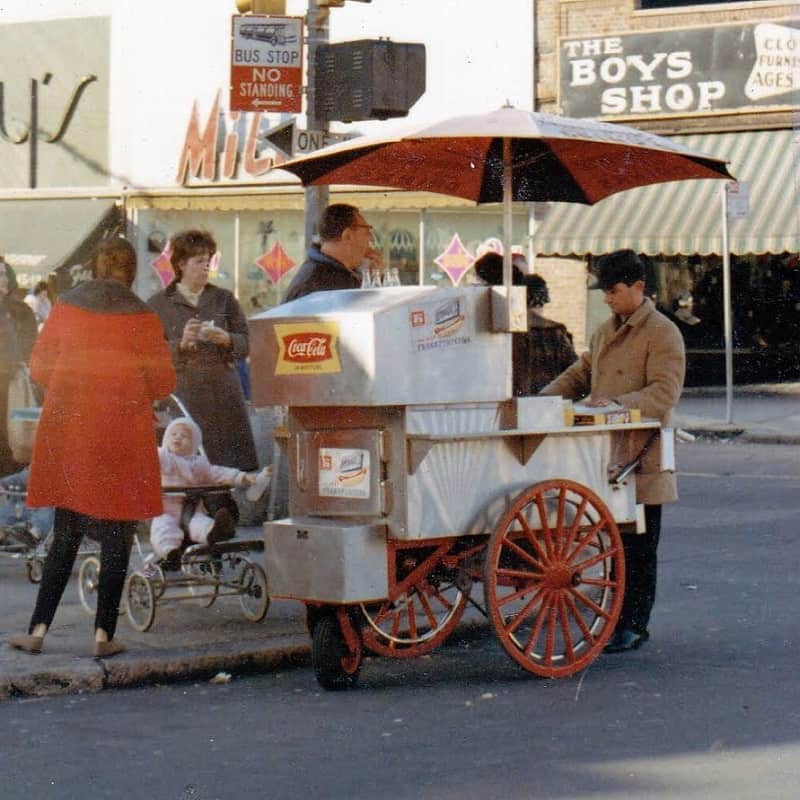 Before bringing the pro and con arguments regarding a hotdog’s similarities with sandwiches, let’s have some context.

So, it is believed that the very first hotdog was actually known as “dachshund sausage.” The first person who sold hotdogs was a German immigrant. The ‘inauguration’ was done in the 1860s, in New York.

Around a decade later, another German immigrant, Charles Feltman, opened what is now known to be the first hot dog stand. The location was on Coney Island. It is stated that this immigrant had the performance of selling over 3,600 frankfurters (put in a bun) in that year.

However, most of the hot dog historians suggest that the actual hot dog on a bun was firstly introduced in St. Louis, by Anton Feuchtwanger, in the 1900s, during the “Louisiana Purchase Exposition.”

According to this story, this man loaned special white gloves to his sponsors so they could carry the hot sausages. Since it was not the best solution, he asked his brother-in-law, a baker, to come with another selling idea.

So this baker improvised the form of his pieces of bread and created a long, fluffy roll to fit the sausage.

Another exciting story refers to the name of this famous food. It is said that in 1901, during the cold winter in New York Polo Grounds, vendors were hawking these hot sausages and shouting, “They’re red hot.”

The cartoonist Tad Dorgan spotted this scene and drew it for his column. He was the one who gave this meal the name of ‘hot dog’ simply because he didn’t know how to write “dachshund.”

Since the very first hot dog and until today, hotdogs are made by different recipes. Some follow the classic one, with a fluffy bun, a sausage, and some mustard and ketchup. In contrast, others contain caramelized onion, cheese, or mayonnaise.

On many forums, people are now wondering and debating: “Is a hot dog a sandwich?“. Well, this question has inspired lots of debates and message boards, as well as picnic conversations.

So, the exact definition of a sandwich is “two or more slices of bread or a split roll having a filling between.” Due to this, some would claim that hotdogs should definitely frame into this statement.

However, there are still some very important differences, from the look to the main ingredients and cooking methods. Let’s learn more about what makes a hot dog different from the regular sandwiches. 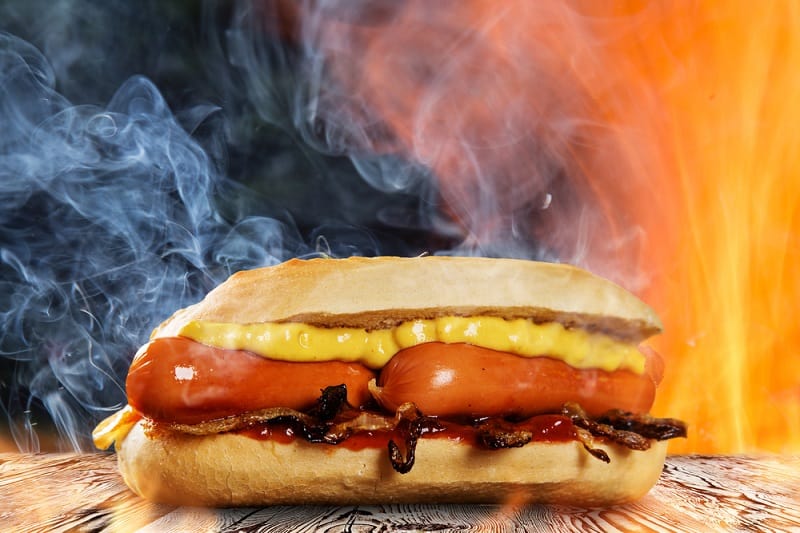 Many people claim that as long as a hotdog has meat inside the bread, it can easily be called a “sandwich.” Well, even so, the hot dog enthusiasts would totally disagree.

Let’s take an easy example: people don’t mind calling a hotdog a sandwich, but the same rule should apply to hamburgers, dumplings, or taco as well. Is somebody calling these foods “sandwiches“?

However, opinions are different; it is hard to contest the essential information coming from the source itself.

As such, The National Hot Dog and Sausage Council came together and answered the 2015 people’s question: no, a hot dog is not a sandwich. (1)

The main arguments were based on the definition of a sandwich, and they couldn’t put a hot dog in the same category.

Mainly because, according to the USDA, a hotdog needs to be 35% meat and no more than 50% bread. But let’s be honest here. A hotdog is an open-faced sandwich. Therefore, it cannot be, in any circumstances, more than 50% meat.

Top Hotdog Insights – What Makes Hotdog More Than A Sandwich?

Here are some of the contexts which make a hotdog more than a simple sandwich and why this debate “hotdog vs. sandwich” is appropriate:

When it comes to popular meals, such as hotdogs, every person enjoys it in their own way. Luckily, hotdogs have an “open-air” structure, which lets you pile some extras if you want, such as caramelized onions, ketchup, chili, and so on.

However, adding cheese or other veggies would be more suited to a sandwich than a hotdog.

Studies have shown that people tend to eat hotdogs during social time. Many eat sandwiches at work, in the morning, or as a quick snack. Yet, hotdogs are usually eaten next to friends and family. People enjoy eating hotdogs with company and not alone.

Turns out that the condiments we are piling on our favorite hotdogs and sandwiches have an essential role in our healthy diet and body goals. Many people feel like sandwiches are a full meal, while hotdogs are more of a snack.

Sandwiches can be described as “healthy-ish meals,” layering with fresh veggies, proteins, and fewer carbs, while hotdogs are considered a “fast-food” snack.

One of the top words describing sandwiches is “basic” or “regular,” mainly because people do not consider anything special about them. The ingredients for sandwiches are on-hand, rather than particular.

Sandwiches, unlike hot dogs, do not need to be cooked. Sandwiches are usually fresh meals with fresh ingredients that don’t need heat processing.

Let’s put an end to this debate. At this moment, the two foods have different meanings. People see sandwiches as usual work-break food, easy to make, easy to eat whether you are in the car, on a trip, at work, or in the park.

In contrast, hotdogs need good preparation, which takes longer, making this snack less healthy. Furthermore, for many, hotdogs mean a “condiment delivery device” due to the open-top, which allows you to add the toppings you love.

Suppose the Sausage Committee’s decision was not enough to clarify this topic. In that case, you should know that according to a survey made by Ibotta, only 36% of the American respondents thought that a hotdog was a sandwich. (2)

Whether you stand on the hotdog part of the sandwich family or think the opposite, it is always better to take the middle path. The best way to bridge the gap between a hot dog and a sandwich is to enjoy one with your family or friends.